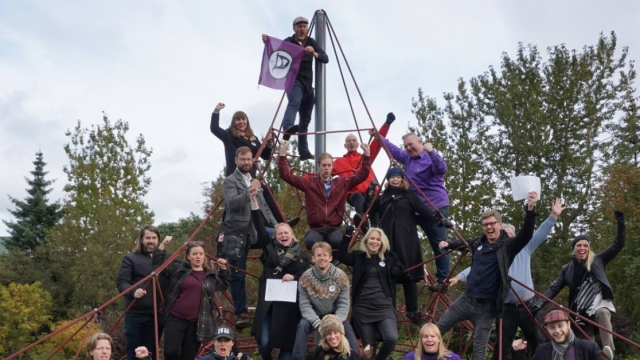 Iceland's election results are in, and Prime Minister Sigurdur Ingi Johannsson has stepped down.

Johannsson announced his resignation Sunday after his Progressive Party lost 11 seats in Iceland's 63-seat Parliament. The country's anti-establishment Pirate Party, however, tripled its number of seats.

The Pirate Party was created in 2012, and its platform calls for government transparency and protection of civil liberties, among other things. In recent months, the fledgling party has capitalized on the wave of public unrest with Iceland's government.

That unrest comes from a couple things, namely the financial crisis of 2008, which many say led to a strong anti-establishment feeling across the nation.

Not to mention the scandal with Iceland's former prime minister earlier this year. In April, Sigmundur David Gunnlaugsson stepped down after his name was linked to the highly publicized Panama Papers.