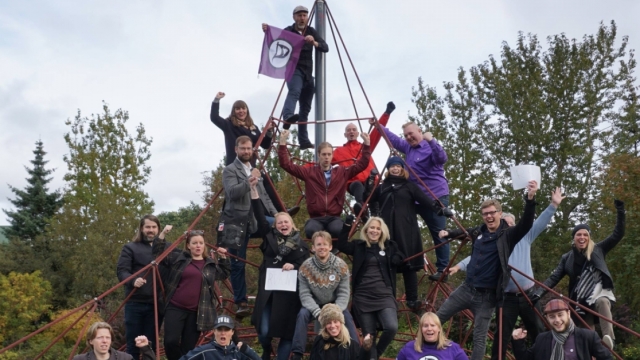 In a political year like this one — with Donald Trump winning the Republican presidential nomination and the U.K. voting its way out of the EU — the possibility that Iceland's Pirate Party might win the upcoming national election shouldn't come as much of a surprise.

The party formed four years ago based on the Swedish Pirate Party's ideology, which wants information "to be free, not kept behind closed doors." Iceland's party has flourished in recent months, as more people have lost trust in mainstream politicians and now favor populism. Sound familiar?

Critics of the Pirates say direct democracy is much more difficult to implement in practice, and they wonder if a party win could lead to anarchy.

As one politician told The Washington Post, "They know what they're against. But it's difficult to find out what they're really for."