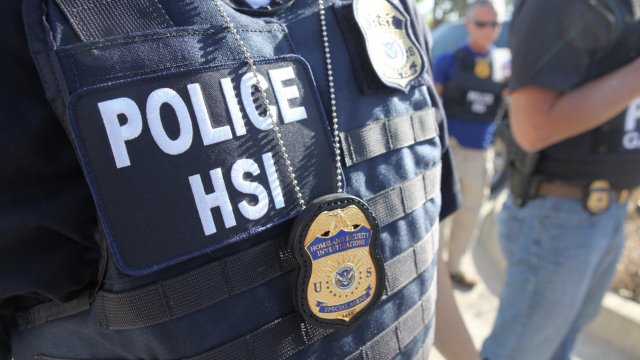 SMS
ICE Stops Force-Feeding Detainees On Hunger Strike
By Ahmed Jawadi
By Ahmed Jawadi
February 15, 2019
This comes after a U.S. district judge said the agency had to stop feeding two of the immigrants against their will.
SHOW TRANSCRIPT

U.S. Immigration and Customs Enforcement confirmed it stopped force-feeding a group of detainees on a hunger strike inside a Texas detention center.

A U.S. district judge said Wednesday the agency had to stop feeding two immigrants through nasal tubes against their will. The judge added he would consider reversing the order if their health started to decline. By Thursday, all force-feeding at the detention center had stopped, according to the Associated Press.

Earlier this month, the United Nations said the U.S.' force-feeding practices may be violating the U.N. Convention Against Torture.

Two immigrants at the El Paso Processing Center began their hunger strike late last year. Since then, 10 more detainees have joined them in their fast. ICE was allowed to force-feed nine of them by a court order issued last month, according to the El Paso Times.

The Associated Press reports the detainees are protesting "verbal abuse and threats of deportation from guards."