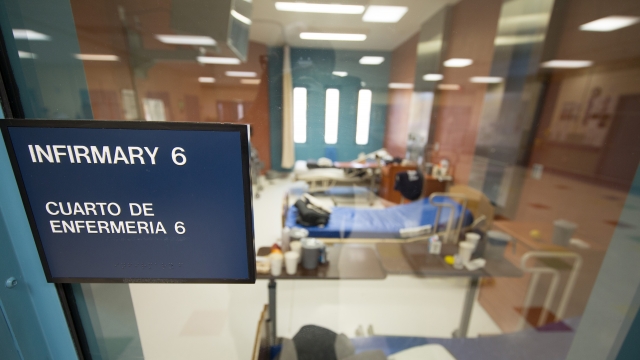 Federal immigration officials are force-feeding multiple detainees in Texas who've been on a hunger strike.

U.S. Immigration and Customs Enforcement confirmed to Newsy that two immigrants at the El Paso Processing Center started the hunger strike late last year. Since then, the agency says at least nine more detainees have joined in. The Associated Press reports the detainees are protesting "verbal abuse and threats of deportation from guards."

ICE has pretty well-documented hunger strike protocols. After a detainee goes 72 hours without eating, they're medically evaluated and monitored. They're also offered counseling regarding medical risks associated with hunger strikes. If the detainee refuses medical treatment, but their doctor decides his or her life is at risk, ICE policy states it should seek a court order allowing for involuntary treatment.

The agency said it followed those protocols and that a federal judge signed off in mid-January on force feeding six of the 11 detainees.

ICE told Newsy that it's keeping a close eye on the detainees' health. At least four other detainees in processing centers in Miami, Phoenix, San Diego and San Francisco are also currently on hunger strikes.