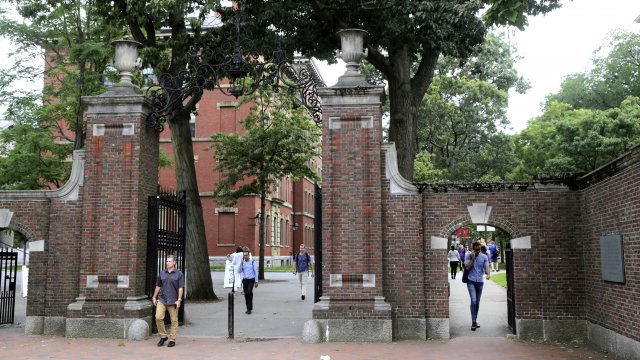 MIT and Harvard sued the administration over a rule that would force international students to leave the U.S. if their fall classes were online.

The Trump administration reversed an order that would force international students to leave the U.S. if they took only online classes in the fall.

The decision brought relief to thousands of students and hundreds of universities that were scrambling to rework their plans in light of the policy.

On Tuesday, U.S. District Judge Allison Burroughs said federal immigration authorities had agreed to pull the directive and "return to the status quo." A lawyer representing the government confirmed to The Associated Press that the judge’s characterization was correct.

Last week, Harvard University and the Massachusetts Institution of Technology sued Immigration and Customs Enforcement and the Department of Homeland Security over the new rule. Hundreds of universities, 17 states and the District of Columbia followed suit.

The new order would have forced some 1 million international students already in the U.S. to either lose their visas or enroll in in-person classes — something that may be impossible at certain schools amid the coronavirus pandemic. That means some students could face deportation if they didn't transfer schools or leave the country voluntarily. Foreign students accepted to schools that have moved online would not be granted visas to come to the U.S.

Harvard and MIT argued the policy would disrupt students' lives and jeopardize their educations. They also said it contradicted a previous ICE directive telling schools that limits on online education would be suspended "for the duration of the emergency."

However, immigration officials say they told colleges any guidance prompted by the pandemic was subject to change. They also said the order was consistent with existing law barring international students from taking classes entirely online. Federal officials said they were being lenient by allowing students to keep their visas even if they study online from abroad.

Additional reporting by Collin Binkley of The Associated Press.