ICE Raids Reportedly Start Quietly In NYC And Other Cities 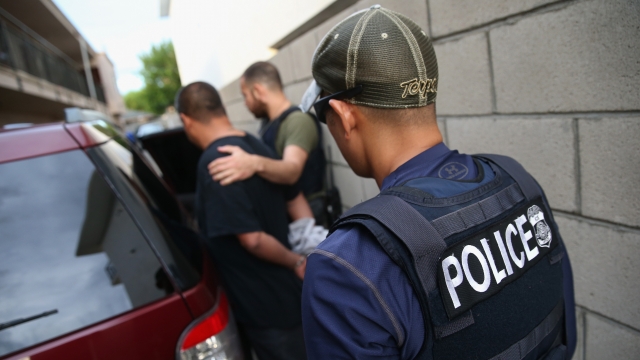 U.S. Immigration and Customs Enforcement raids started quietly in New York and other cities late Saturday and early Sunday, according to reports. Some major cities — like Chicago, Baltimore and Miami — reported that raids hadn't started.

Officials had confirmed the raids — aimed at deporting around 2,000 undocumented immigrants — would start Sunday in at least 10 cities: Atlanta, Baltimore, Chicago, Denver, Houston, Los Angeles, Miami, New Orleans, New York and San Francisco. The raid in New Orleans was reportedly postponed because of the hurricane that made landfall Saturday.

Officials said the raids would focus on immigrants who had been issued final removal orders. But the ACLU said in a recent lawsuit that ICE's "flagrant and widespread errors made it impossible for people to know when their hearings were being held."

Officials also said the raids will include "collateral" deportations. That means undocumented immigrants who happen to be on the scene could be detained, even if they're not initially targets.