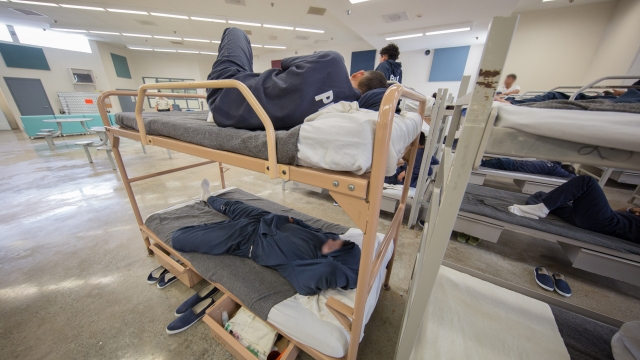 It looks like outbreaks of diseases like the mumps and chickenpox are becoming a problem inside ICE detention facilities.

An ICE spokesperson confirmed to Newsy that as of March 7, nearly 2,300 detained immigrants were quarantined for some kind of contagious disease. ICE has 71 detention centers around the country, and according to a report from Reuters, that quarantine number includes detainees nationwide.

Media outlets started reporting on infectious diseases inside ICE detention centers earlier this year. And the first reports showed just a handful of sick detainees. But stories from the past week or so indicate ICE is struggling to contain the spread of disease.

The Texas Department of Health told the Texas Tribune there were 186 cases of the mumps within the state's detention facilities. And Newsy's partners at KMGH reported that repeated disease quarantines at the detention facility in Aurora, Colorado, led some detainees to start a hunger strike.

Mumps seems to be the disease with the highest number of reported cases. According to the CDC, it can take up to four weeks for people who are infected to show symptoms, which could be contributing to the current spread ICE is dealing with.