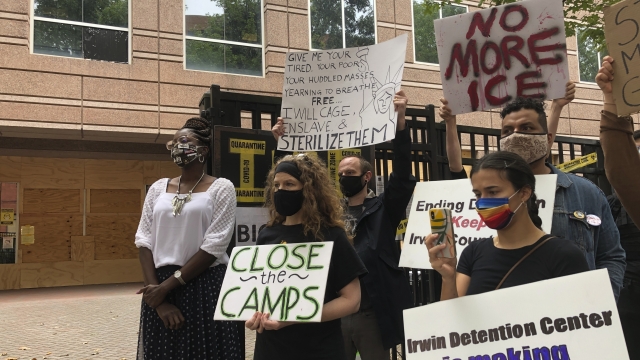 SMS
Migrant Women Deported After Alleging Abuse In Detention Center
By Newsy Staff
By Newsy Staff
November 11, 2020
All of the woman have accused a doctor at a Georgia immigration detention center of performing unnecessary procedures, often without their consent.
SHOW TRANSCRIPT

Several women who say they were mistreated by a Georgia doctor at an immigration detention center are in the process of getting deported from the U.S.

The Trump administration has already deported six women who complained about the doctor, saying he performed unnecessary medical procedures on them or operated without their consent.

Some women allege the doctor performed procedures that left them unable to have children, but there is no evidence to support claims that a large number of hysterectomies were performed.

The doctor denies the allegation against him.