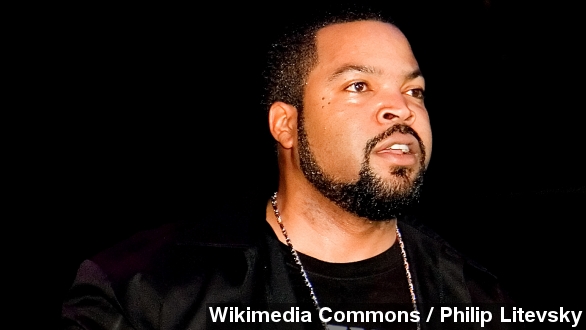 By Briana Koeneman
April 15, 2014
Ice Cube has apologized after he spoke out against MTV's decision to name Vin Diesel and the late Paul Walker best on-screen duo.
SHOW TRANSCRIPT

Ice Cube is setting the record straight — he didn't mean to totally dis Paul Walker Monday while complaining about the MTV Movie Awards.

After losing the award for best on-screen duo to the late actor and Vin Diesel, Ice Cube told USA Today he was shocked that he and his "Ride Along" co-star Kevin Hart didn't win. (Via Entertainment Tonight, Universal Pictures / "Ride Along")

"We was robbed. Shame on you MTV. ... We had the best chemistry of everybody nominated, for us not to win was crazy. We were the best onscreen duo, period." ​(Via USA Today)

Walker received the nod nearly five months after both he and a friend died in a fiery car crash in California. He was just 40 years old. (Via CNN)

But after fans stormed social media to express their outrage at the rapper's comments, he took to Twitter Monday night to set everyone straight.

"​I wasn't really mad we didn't win. So I would never diss the actors who won. Not even Paul Walker. Seriously people!"

But Paul Walker and Vin Diesel robbing him of an award apparently wasn't the only thing that got Ice Cube going. (Via Universal Pictures / "Fast & Furious 6")

He admitted to USA Today that he just wasn't into the whole thing. "I have been going in and out of these things for 25 years. ... As soon as you get bored, get up and leave." (Via Lench Mob Records / Ice Cube)

In fact, Us Weekly reports the rapper left the MTV Movie Awards soon after he got there.

Still, sources close to Ice Cube told TMZ that he had a "joking tone" throughout the USA Today interview and was just ripping on the MTV Movie Awards because he doesn't take awards shows seriously.

Yikes. Do you think Ice Cube is serious about his apology? Tweet us with your thoughts.