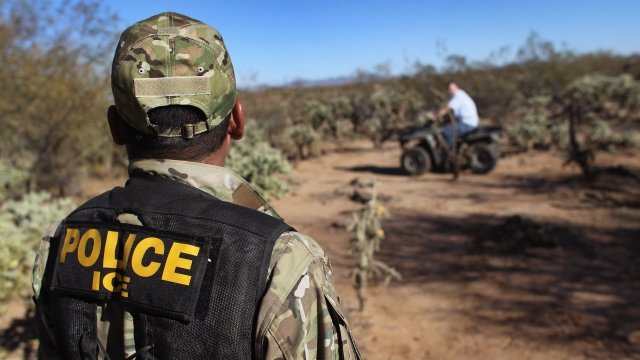 The director of U.S. Immigration and Customs Enforcement might have undermined one of President Donald Trump's key talking points.

The statement somewhat contradicts implications from Trump that immigrants crossing the border illegally are criminals and a threat to public safety.

But Trump's controversial statements on immigration started when he announced his run for president.

Homeland Security Has New Plans To Crack Down On Illegal Immigration

But Homan previously said any such person living in the U.S. "should be afraid."

He echoed that message again at the off-camera meeting and said people entering the U.S. illegally should "not be comfortable" because they're breaking the law.