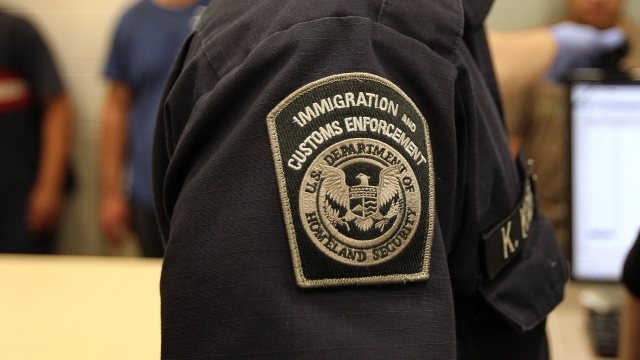 The U.S. Immigration and Customs Enforcement awarded multi-year contracts for private companies to operate immigration detention centers in California just before a new law bans them.

In October, Democratic Gov. Gavin Newsom signed a bill that bans new contracts for private prisons and for-profit immigration detention facilities after Jan. 1. Newsom has said he wants to end private prisons "because they contribute to over-incarceration, including those that incarcerate California inmates and those that detain immigrants and asylum seekers."

California currently has four private prisons, all operated by GEO Group. Under the new law, those prisons would have to be shut down after their contracts end. Three of those facility's contracts end next year and the other expires in 2023.

According to a federal website, four contracts that last until 2024 and are worth $6.8 billion were awarded to three private prison companies that already operate immigrant detention centers in California.

An ICE spokeswoman told The Wall Street Journal: "The idea that a state law can bind the hands of a federal law-enforcement agency managing a national network of detention facilities is wrong."

When it comes to immigration, California and the Trump administration don't see eye to eye. Just this year, Newsom signed a law that offers government-subsidized health care to some adult immigrants living in the U.S. illegally.