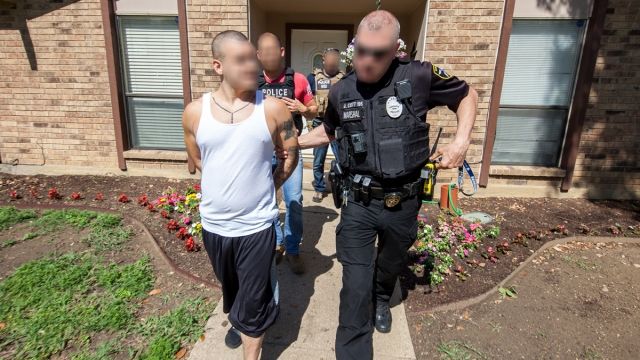 Immigration and Customs Enforcement's most recent anti-gang operation has ended with more than 1,300 people arrested across the country.

ICE calls it the largest gang roundup in its investigative branch's history.

Of the 1,378 total arrests, 1,095 were either members of or affiliated with a gang. Targeted gangs included the Bloods, the Crips, the Sureños and MS-13.

MS-13 is a gang from El Salvador that has more than 10,000 active members in the U.S. alone. Last month, U.S. Attorney General Jeff Sessions called out MS-13 specifically when announcing the Justice Department would be cracking down on gangs.

The 283 people who did not claim a gang affiliation were arrested by officials for either criminal or administrative charges.

More than two-thirds of the people arrested by ICE are U.S. citizens.

While the majority of the arrests were for federal or state criminal charges, 280 were arrested for what the ICE calls "administration immigration violations."

Besides the arrests, law enforcement officials also seized firearms and various narcotics including cocaine, heroin and methamphetamine during the operation.