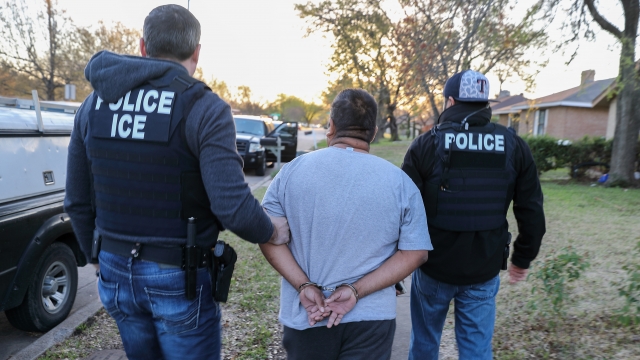 Earlier this month, U.S. Immigration and Customs Enforcement officers began a series of raids to deport members of undocumented families. We now know exactly how many people were arrested in that operation: 35.

That number is well below the roughly 2,000 immigrants the agency was reportedly targeting. Agents focused on people who're still in the U.S. despite having already been issued final deportation orders by a judge.

One major factor that might have contributed to the lower arrest total is the large amount of publicity the raids received leading up to their start date.

President Donald Trump first tweeted about the raids in June — something ICE was reportedly surprised about since it usually keeps such operations a secret until they're underway to avoid tipping off potential targets.

The president then proceeded to keep the nation up to date on the operation in the following days, before finally announcing the raids would start sometime after Independence Day.

As Newsy previously reported, that advanced warning — and the media coverage that came with it — gave immigration advocates time to inform undocumented immigrants about their rights and ways to prevent being deported, such as not opening the door for an ICE agent unless that agent has a signed warrant.