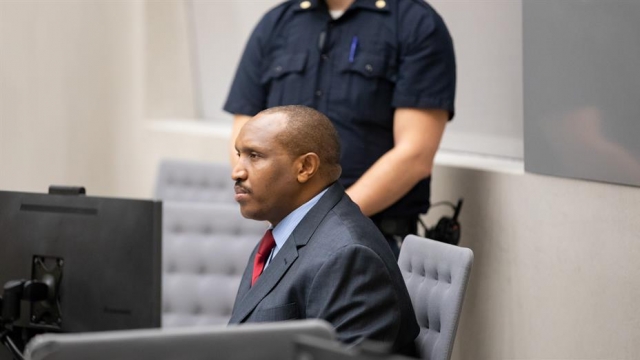 SMS
International Criminal Court Gives Historic Sentence For War Crimes
By Johannah Grenaway
By Johannah Grenaway
November 7, 2019
Bosco Ntaganda was given 30 years for war crimes committed while he was a militia leader in the Democratic Republic of Congo.
SHOW TRANSCRIPT

The International Criminal Court sentenced a man to 30 years in prison for war crimes on Thursday. It's the longest sentence ever handed down by the ICC.

Bosco Ntaganda was nicknamed "the Terminator" for his conduct in 2002-2003 while serving as a militia leader in the Democratic Republic of Congo. In July, Ntaganda was convicted on 18 counts of crimes including murder, rape, sexual slavery, the use of child soldiers and forcible deportation.

This is the first time the ICC has convicted a defendant of sexual slavery and crimes of sexual violence against their own troops. Ntaganda voluntarily turned himself in in 2013, reportedly to escape infighting within his rebel group.

He's been in ICC detention since March 22, 2013, and the time served will be deducted from his sentence. Ntaganda has already moved to file an appeal.