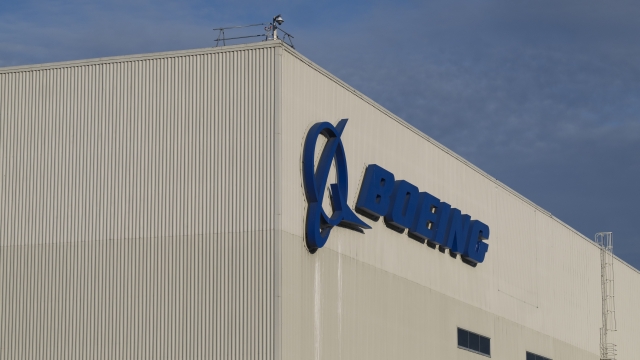 SMS
IAG Interest In Buying 737 MAX Planes Is A Win For Boeing
By Katherine Biek
By Katherine Biek
June 19, 2019
Up until Tuesday, Boeing hadn't received a single new order for any of its models in more than two months.
SHOW TRANSCRIPT

Boeing scored a big win on Tuesday when the International Airlines Group revealed it's interested in buying 200 of the manufacturer's 737 MAX planes.

IAG, which owns multiple European airlines including British Airways, has only signed a letter of intent for the order — meaning no deal has been finalized and no money has exchanged hands.

But it's still a much-needed vote of confidence for Boeing, which also announced that day that Korean Air Lines and Air Lease Corporation are purchasing more 787 Dreamliners. Up until Tuesday, the company hadn't received a single new order for any of its models in more than two months.

That at least partly stems from the fact that aviation authorities across the globe grounded Boeing 737 MAX planes back in March following two fatal crashes that killed 346 people.

Boeing's been working on a software update to fix a problem with a safety feature that preliminary reports suggest pilots of both planes may have had trouble with.

While that's all been going on, though, Boeing's been slow to deliver previously placed orders for jets, at least one carrier has canceled its order for the 737 MAX over customer concerns, and Boeing's first quarter profits decreased 21% compared with a year earlier.

So the fact that there's now a company that not only trusts Boeing, but also trusts its software update enough to order new 737 MAX planes is a big deal.

If IAG does go through with its plan to order the jets, it would buy both the 737 MAX 8 and the larger MAX 10. Boeing says the list price for all 200 would come in at more than $24 billion, but analysts told multiple news outlets that IAG would likely get a pretty steep discount.