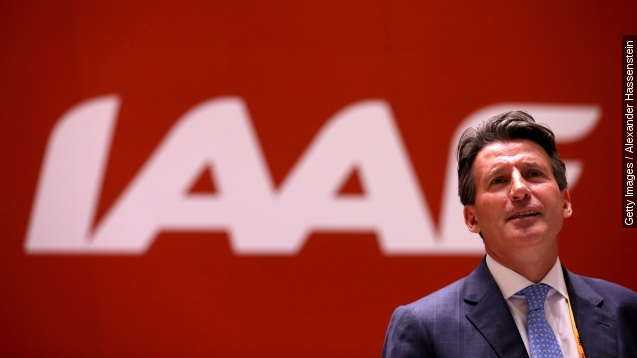 The IAAF suspended Russian athletes from international competition for a doping scandal, hurting Russia's chances of making the Rio Olympics.

The international governing body for track and field announced Friday Russian athletes will have to sit out international competition, including the Olympics, until the country fixes its doping problem.

The report accuses several athletes, coaches and other Russian athletics officials of participating in systemic cheating that involved performance-enhancing drugs, bribes and cover-ups.

IAAF President Sebastian Coe told reporters, "This is a wake-up call for all of us. ... Tonight our sport finds itself in a shameful situation."

Russia's track and field athletes might still have a chance to participate in the 2016 Olympics in Rio, if Russia's anti-doping agency can prove it's made significant changes.

Russian Sports Minister Vitaly Mutko criticized the IAAF's decision, but said previously he'll cooperate with the association and do whatever necessary to ensure Russia's won't miss the Rio Olympics. (Video via IAAF)