'I Am Cait' Trailer And Gender Identity In The Media 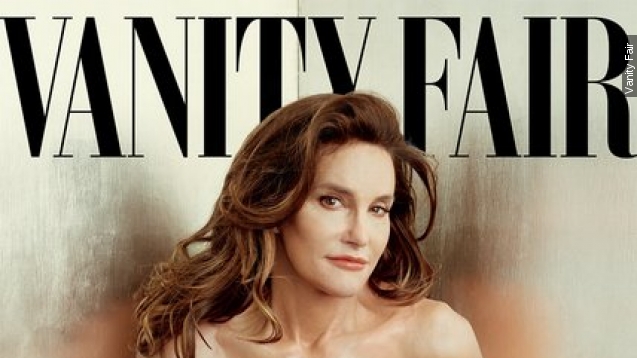 SMS
'I Am Cait' Trailer And Gender Identity In The Media
By Lexie Hammesfahr
By Lexie Hammesfahr
June 3, 2015
E! released the first trailer for Caitlyn Jenner's docuseries, "I Am Cait," which will take viewers through her transition.
SHOW TRANSCRIPT

"Put it this way: I am the new normal," Caitlyn Jenner said.

The latest in a string of big announcements, the first trailer for Caitlyn Jenner's docuseries on E! was released Wednesday.

"You go through all of this stuff, and you start learning kind of the pressure that women are under all of the time," she said.

And on Monday when Vanity Fair released the cover featuring Jenner, it was met with overwhelming praise as the world was introduced to Caitlyn for the first time.

Shortly after, exclusive videos from the shoot dropped. One focused on the Olympic champion's inspirations, like actress Laverne Cox.

"You look at some of the people, the pioneers in trying to get the message out: Laverne Cox, Janet Mock, Geena Rocero," she recalls.

In 2014, the "Orange is the New Black" star became the first transgender person to make the cover of Time magazine.

Cox has been recognized for her work both as an actress and advocate, even being named one of Glamour magazine's Women of the Year in 2014.

On Tuesday, she published an essay on her Tumblr praising Jenner's courage to transition publicly. But Cox also used the social media platform to reflect on her own photo shoot for the cover of Time:

"I love working a photo shoot and creating inspiring images for my fans, for the world and above all for myself. ... I have always been aware that I can never represent all trans people."

Which is why she explains the community needs "diverse media representations" in order to "multiply trans narratives."

Her final statement in her essay echoes a great question posted by Pete Hammond at Deadline. Cox said, "I hope, as I know Caitlyn does, that the love she is receiving can translate into changing hearts and minds about who all trans people are."

Similarly, Hammond published an article Tuesday arguing Jenner's story could actually increase the chances of award nods for shows like "Transparent" and movies like Eddie Redmayne's upcoming "The Danish Girl."

So why are we seeing Jenner's story in the headlines more than we ever saw Cox's?

Well, for one thing, we knew Jenner as an Olympian and American hero long before we met Caitlyn.

Jenner was also the patriarch of the most famous reality family in the world, the Kardashians. (Video via E!)

When the former athlete was seen with painted nails and longer hair, mass speculation over whether Jenner was planning to transition ultimately forced her to make the journey publicly.

In contrast, Cox made her transition prior to stepping into the public spotlight. We never knew Laverne Cox before she was Laverne.

Because Jenner has not only transitioned publicly but will also take us through the experience in her new docuseries, she has become the face of a public transition in front of a mass audience.

"But how many people go through life and just waste an entire life because they never deal with themselves to be who they are?" she asked.