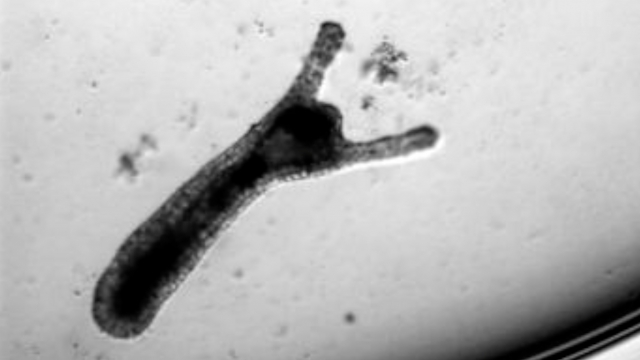 Water-dwelling hydras have the unique ability to constantly regenerate their cells. They can rebuild their entire bodies from tiny pieces, and they don't appear to age.

We used to think chemical signals told them how to regrow. But new research published in Cell Reports shows even tiny bits of hydra hold a physical blueprint for what their bodies are supposed to look like.

Hydras get their shape from a network of stringy proteins called a cytoskeleton. Researchers found that if even a tiny fragment of hydra has some of its cytoskeleton, its fibers act as a template for lining up new cells so the animal grows into the proper shape.

But if this template gets messed up, so does the end result. When researchers cut hydras into tiny rings, clusters of cytoskeleton overlapped, and the hydra regrew with extra heads. 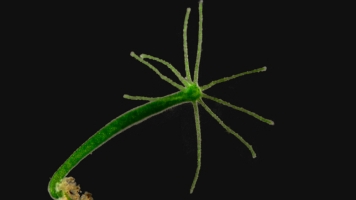 Meet The Tiny, Immortal Hydra, Which Rips Itself Open To Eat

The stronger the alignment forces from the cytoskeleton, the better. When researchers gave a ring slice of hydra a stability boost with a piece of stiff wire, it regenerated with just one head like it's supposed to.

Researchers think watching hydras regenerate could help them better understand how physical forces and chemical signals work together to grow cells. It could be useful insight for us humans — our own muscle cells have cytoskeletons, too.