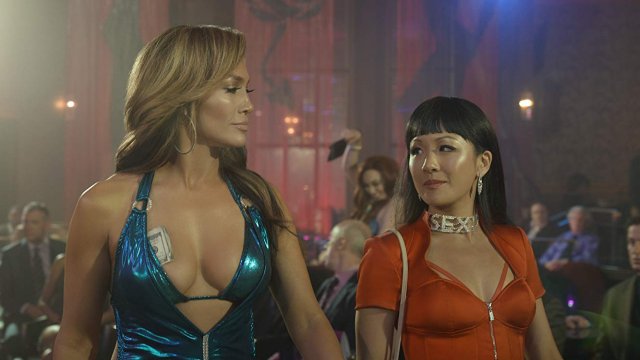 Taking the No. 1 spot for the second weekend in a row is "It: Chapter Two" bringing in an estimated 40.7 million. As of right now, "It: Chapter Two" is well behind its predecessor in box office performance and will likely stay that way but by all other measures this is a hit horror flick.

After just two weekends in theaters, "It: Chapter Two" has made its way into the top ten list for R-Rated horror movies at the box office.

Falling between 2018's "Halloween" and the classic found-footage film "The Blair Witch Project."

Not only that, but between "It" and "It: Chapter Two" Warner Bros. has roped in more than a billion dollars in worldwide ticket sales.

Taking the No. 2 spot this week with a particularly impressive debut is "Hustlers" bringing in an estimated $33 million in its first weekend out. That's the best live action movie debut for both Jennifer Lopez and Constance Wu.

Since 2015, STX Entertainment has been trying to carve itself a place in the film industry with adult-focused mid-budget movies like "Molly's Game" "The Upside" and now "Hustlers"

And while the small studio has had some successes in the past, "Hustlers" has a chance to be the true breakout hit STX has been waiting on.

"Hustlers" carries an 88% on the tomatometer and has even garnered some Oscar buzz for J. Lo. With so much positive buzz surrounding this film, analysts expect it to have a strong sophomore weekend.

Last but not least this week is Gerard Butler's "Angel Has Fallen" bringing in an estimated $4 million in its fourth weekend out.

As for next week, Brad Pitt but this time — he's in space.