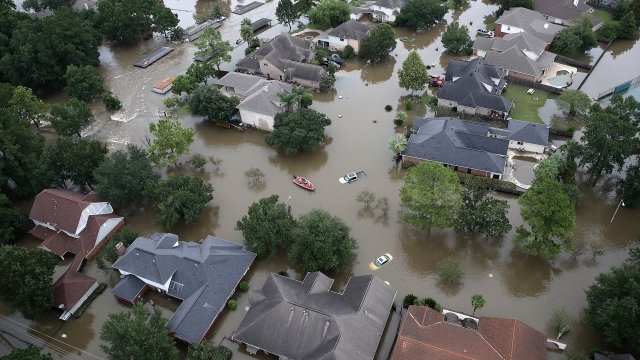 The U.S. economy lost 33,000 jobs in September, and hurricanes Harvey and Irma probably played a role.

That's according to the Bureau of Labor Statistics' latest job report. It said the two hurricanes were the "likely" cause of a "steep employment decline" in food and drink service jobs, as well as "below-trend growth" in other industries.

It makes sense. After all, a lot of businesses closed as Harvey and Irma made landfall. Some still weren't open when the bureau collected its data around mid-September.

After Hurricane Andrew hit south Florida in 1992, a Dade County study estimated 65,000 jobs were lost at one point.

That March Winter Storm Might Have Affected Job Growth

Hurricane Katrina similarly affected job growth in 2005. After the storm, the U.S. lost 35,000 jobs that September. But the economy soon picked up; almost 380,000 new jobs were added by the end of the year.

Experts predict the economy will bounce back soon this time, too. More jobs are expected to be created as storm-ravaged cities rebuild and businesses reopen.