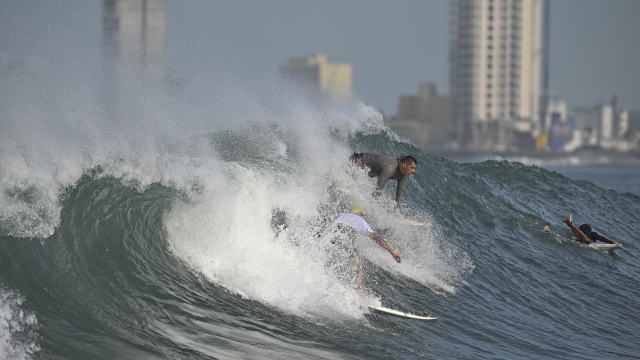 Pamela regained hurricane strength just before it hit the coast 40 miles north of Mazatlan, which also serves as a resort for Mexican tourists.

The U.S. National Hurricane Center says Pamela had maximum winds of about 75 mph at landfall, though it is expected to quickly weaken as it moves inland.

The hurricane was moving northeast at 14 mph and remnants could approach Texas by Thursday.

The hurricane center warned of the possibility of life-threatening storm surges, flash floods and dangerous winds around the impact area.

Pamela was forecast to weaken while crossing over northern Mexico and could approach the Texas border as a tropical depression or remnants by late Wednesday or Thursday. The center said remnants of the storm could carry heavy rain to central Texas and southeast Oklahoma.