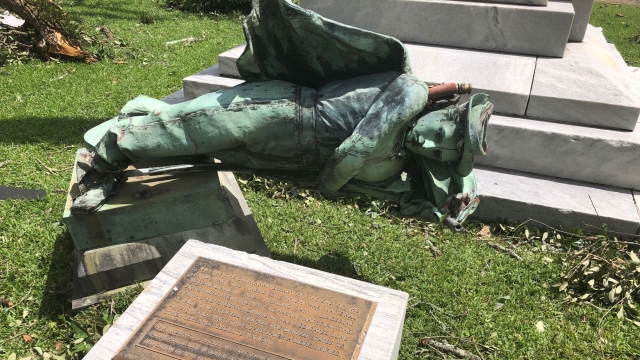 The 105-year-old monument of a Confederate soldier — named the South's Defenders Monument — was knocked off its pedestal in front of the courthouse when the Category 4 storm hit.

Earlier this month, leaders in the city voted to keep the statue after protests called for it to be removed.

The storm left the statue dented and bent.