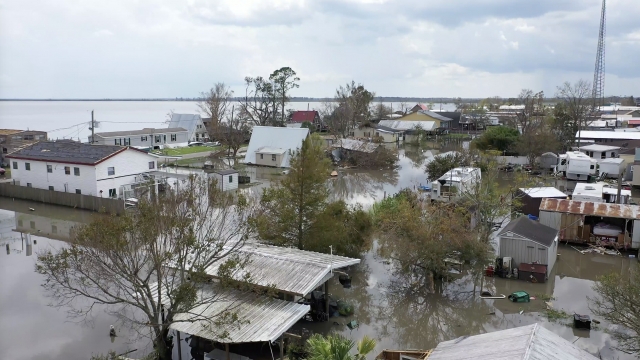 The death toll in Louisiana from Hurricane Ida rose to 26 Wednesday, after health officials reported 11 additional deaths in New Orleans, mostly older people who perished from the heat. The announcement was grim news amid signs the city was returning to normal with almost fully restored power and a lifted nighttime curfew.

While New Orleans was generally rebounding from the storm, hundreds of thousands of people outside the city remained without electricity and some of the hardest-hit areas still had no water.

The latest deaths attributed to Ida happened between Aug. 30 and Monday, but were just confirmed as storm-related by the Orleans Parish coroner, the Louisiana Department of Health said in a statement. Nine of the New Orleans deaths — of people ages 64 to 79 — came from “excessive heat during an extended power outage,” while the two others were from carbon monoxide poisoning, the department said. 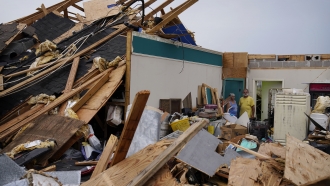 More than a million people were left without power, including the entire city of New Orleans, when Ida struck on Aug. 29. The state's largest power company, Entergy, said it expected to have electricity in the city restored to 90% by Wednesday evening.

Statewide, about 342,000 homes and businesses remained without power Wednesday, according to the Louisiana Public Service Commission. Access to fuel also remained difficult, with the website GasBuddy.com reporting about 48% of gas stations in Baton Rouge had no gasoline. About 56% of stations in New Orleans were also dry.

About 44,000 people were still without running water in Louisiana, the state health department reported. That’s significantly lower than the hundreds of thousands of people who had no water immediately after Ida’s landfall. Still, more than 570,000 people were being told to boil their water for safety.

In many neighborhoods, homes remain uninhabitable. About 3,200 people are in mass shelters around Louisiana while another 25,000 people whose houses have been damaged are staying in hotel rooms through the Federal Emergency Management Agency’s transitional sheltering program.

In addition to the death and destruction Ida caused in Louisiana, the storm’s remnants brought historic flooding, record rains and tornadoes from Virginia to Massachusetts, killing at least 50 more people.