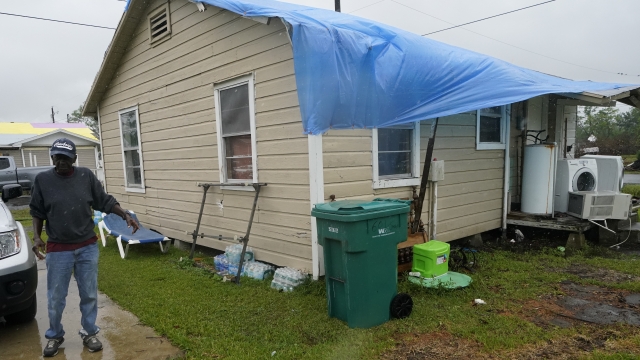 The tropical storm was over northeastern Louisiana Saturday morning, headed toward Mississippi and Tennessee.

Flash flood warnings have been issued for Mississippi River Valley communities that are home 5 million people. This is after Hurricane Delta made landfall with wind speeds of over 100 mph.

The Category 2 hurricane hit near Creole, Louisiana Friday. Now that state's seen over a foot of rain, with some areas getting up to 17 inches. Over 780,000 people reported power outages Saturday morning in Louisiana, Mississippi and Texas, according to PowerOutage.US.

Delta, over northeastern Louisiana as of Saturday morning, is now downgraded to a tropical storm. It's expected to weaken further to a tropical depression later Saturday. But it continues to bring dangers as it moves northeast through Sunday night. Heavy rain and flooding are forecast as the storm heads across Mississippi and later into the Tennessee Valley.

Delta made landfall just 14 miles east of where Hurricane Laura did in August, impacting many of the same areas.

It set a record as the 10th hurricane or tropical storm to make landfall this season — breaking a previous high that stood for over 100 years.