Hunter Biden To Step Down From Chinese Firm 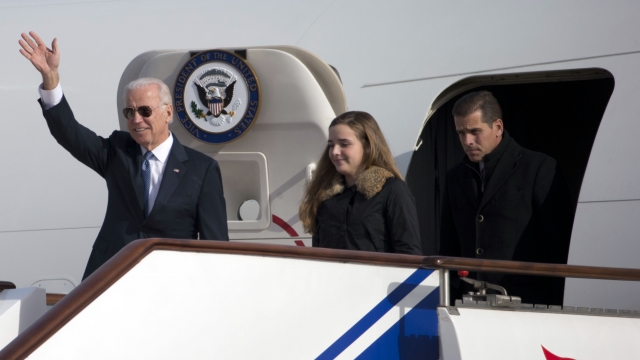 Hunter Biden, the son of former Vice President Joe Biden, is stepping down from the private Chinese equity firm that has been the center conflict for his fathers 2020 presidential campaign.

In a statement from his attorney, Hunter Biden said he will leave his unpaid board member seat at BHR Partners at the end of the month. It's unclear if Biden will divest his 10% stake in the company as well.

Biden has also agreed "not to serve on boards of, or work on behalf of, foreign-owned companies" if his father is elected president.

President Donald Trump has accused the Biden's of being involved in corrupt dealings with China, asking Ukrainian President Volodymyr Zelenskyy to investigate Joe and Hunter Biden during a July 25 phone call. President Trump is the subject of an impeachment inquiry over that call.

Joe Biden commented on his son's decision to step down saying in a press conference Sunday that he did not consult with him about it and represents his son's integrity.

Biden said if he becomes president, he will build on the squeaky-clean transparent environment that we had in the Obama-Biden White House, and no one in my family or associated with me will be involved in any foreign operation whatsoever. Period, end of story."