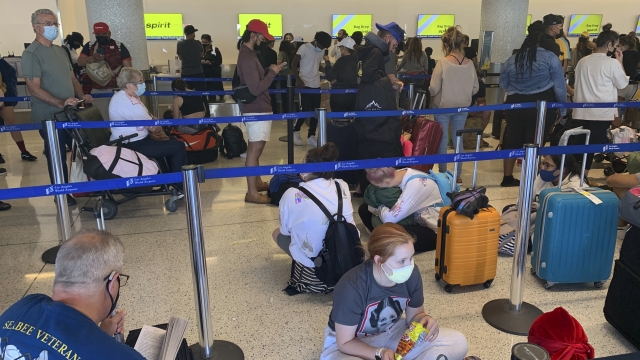 More headaches for people traveling on Spirit Airlines: As of early this morning the airline has already canceled 45% of its flights and the day is just getting started.

It canceled more than half of its flights yesterday. And that trend started over the weekend. Since then we've seen reports of people stranded all over the country — some for more than 24 hours and saying they're not getting any help from the airline.

"Now were just trying to figure out how can we get home? Is there a flight anytime soon on another airline that you can compensate us for because you canceled our flight within 24-hours, and it's just not fair," said Spirit passenger Keyvon Brown.