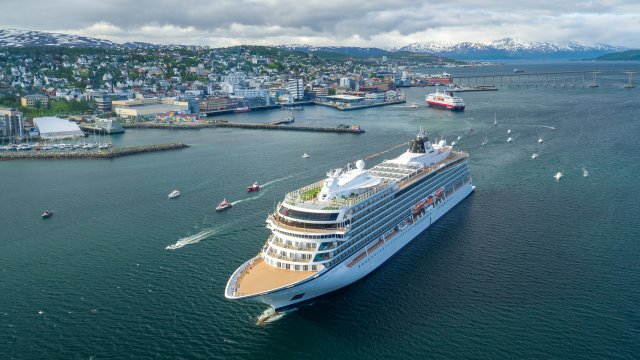 Stormy seas and high winds in Norway almost left a 1,300-passenger cruise ship stranded in the middle of the ocean.

The Viking Ocean Cruises ship was on a 12-day tour of several Norwegian towns that was set to end in London. Norwegian authorities say nasty weather conditions caused propulsion problems and eventually led to engine failure.

"Furniture would slide across the room slide back and forth and with it came people and glass. It was a very dangerous situation frankly," one passenger said.

One by one, crews had to evacuate a little over one-third of passengers by helicopter because high waves made rescue boats unfeasible. Even worse, two of the five helicopters assisting with the evacuation had to leave to go rescue another stranded ship.

Authorities say the rest of the passengers made it to shore after the ship regained engine power. Evacuation efforts ended Sunday morning, and crews are attending to sick and injured passengers.