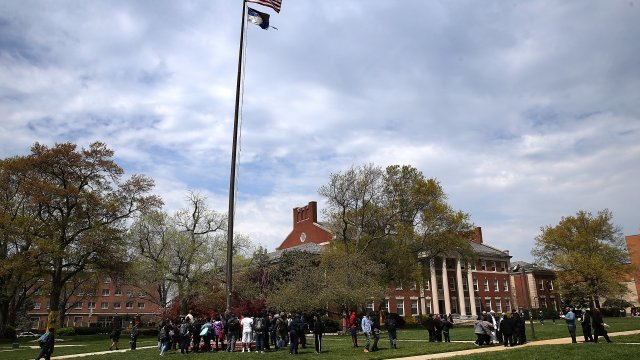 Hundreds of students at Howard University occupied an administrative building for a fourth day Sunday, and they say they plan to continue.

The sit-in follows a report out Tuesday that said university employees misappropriated financial aid funding over the course of nine years. It's not clear how much money was misused.

Students and administration officials at the historically black university discussed meeting those demands for about four hours Saturday and plan to continue talks.