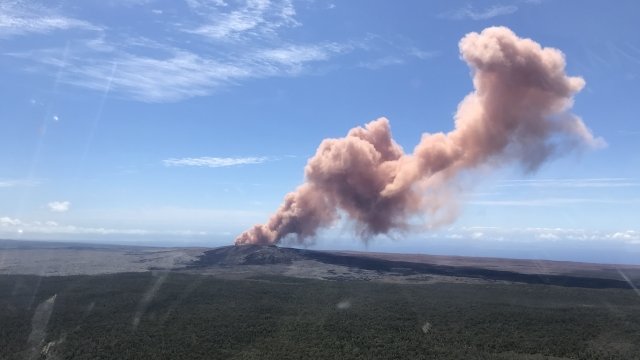 There have been over 450 earthquakes on or near Hawaii's Big Island since the Kilauea volcano began erupting Thursday.

On Friday night, a magnitude-6.9 earthquake struck the area. It is reportedly the largest to hit the island since 1975.

Since the volcanic activity began, fissures have opened on neighborhood streets. Deadly levels of sulfur dioxide gas have reportedly been detected.

The gas is stopping people from returning to evacuated areas, and anyone remaining in the areas have been told to evacuate since emergency crews could not help.

Officials aren't sure how long the eruption will continue. NBC News says there haven't been any reports of injuries so far.