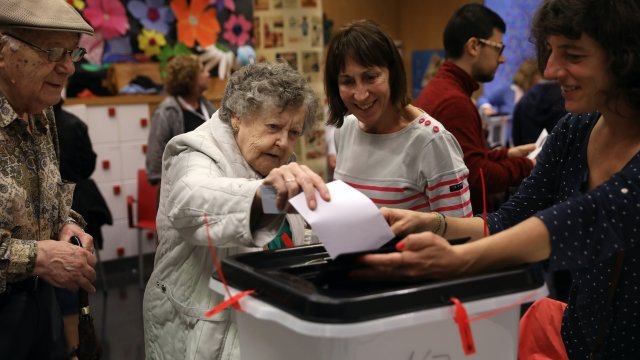 The Catalan government says 90 percent of the roughly 2.26 million people who cast ballots during Sunday's independence referendum voted in favor of separating from Spain.

Catalonia is one of the wealthiest regions in Spain. The autonomous region has its own distinct language and culture. Catalans say the Spanish government is benefiting from the region's prosperity but not allowing its citizens political freedom.

It's a fight that, in some ways, goes all the way back to the 1700s, when King Philip V of Spain captured Catalonia's capital, Barcelona.

In 1939, Spanish dictator Francisco Franco began attempting to eradicate Catalan nationalism, and with it the Catalan language and institutions.

He killed thousands of its citizens. But when he died in 1975, the fight for independence began again.

In 2014, Catalonia held a symbolic independence referendum, and 80 percent of voters supported sovereignty.

The Spanish government declared Sunday's referendum unconstitutional prior to the vote. The Catalan government is holding a meeting Monday to discuss the next steps toward independence.