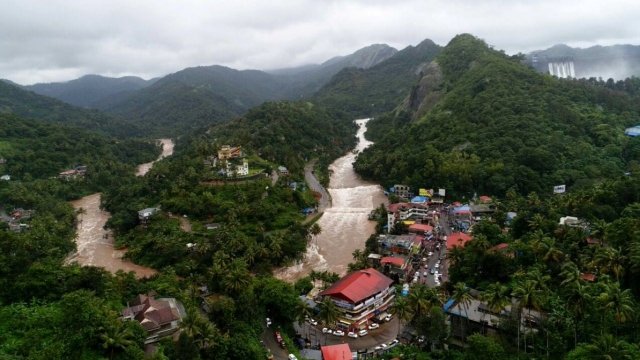 Flooding in southern India has killed at least 324 people and displaced more than 220,000.

The chief minister of Kerala said the state is facing an unprecedented crisis because of the floods.

The government said the death toll drastically increased over the past 24 hours. Many died when they were crushed by debris in landslides.

Rescue efforts are underway. According to the BBC, hundreds of troops have been deployed and helicopters are being used to airlift stranded victims.

The rain started about a week ago and has forced authorities to release water from 35 extremely full reservoirs. India's Meteorological Department issued weather warnings for heavy to very heavy rain in Kerala for the coming days.

One of India's busiest airports, Cochin International Airport, will remain closed until Aug. 26.

Reuters reports the last time Kerala saw flooding like this was in 1924.