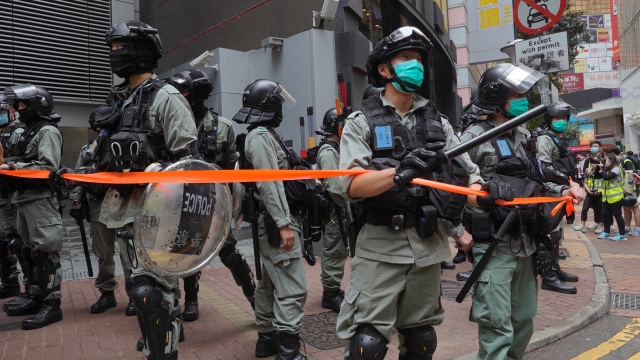 Around 300 people were arrested in Hong Kong Wednesday in anti-government protests over a national security law.

Critics of the anti-sedition law say the passing of it will strip Hong Kong of the freedom it enjoys from a "one country, two systems" structure apart from mainland China, and promote censorship.

Other protesters also rallied against a proposed bill that would make it illegal to insult China's national anthem, which could result in up to three years of jail time.

The national security law will be voted on this week and and could go into effect as soon as late June.