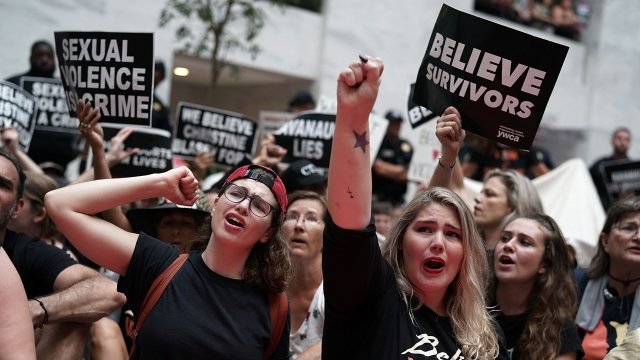 From outside Trump Tower in New York, to inside the Hart Senate building and on the steps of the Supreme Court, large groups gathered to protest the Supreme Court nomination of Brett Kavanaugh.

Among those protesters was one of the women who just days ago confronted U.S. Sen. Jeff Flake in an elevator over his vote for Kavanaugh.

Schumer was also one of the more than 300 people U.S. Capitol Police arrested on Thursday for "unlawfully protesting."

"Judge Kavanaugh will protect and uphold and defend the constitution of the United States as written," Trump said.

Senators could take a final vote on Kavanaugh's nomination as soon as Saturday.