Why Do We Treat Our Spacecraft Like They're Humans? 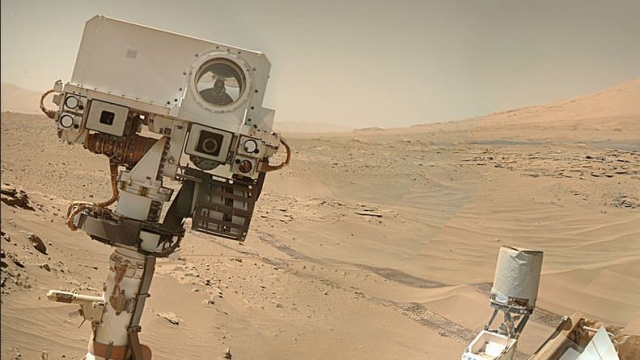 Robots have become our new space explorers, venturing farther than any human ever has. And since they're essentially their own astronaut class, we tend to treat them like humans.

Space agencies have taken it one step further — giving spacecraft a voice and personality through social media.

"There's a lot of people who follow us because it taps back into that childlike wonderment that they had when they were a kid," said Jason Townsend, deputy social media manager at NASA. "I think we can really connect in a way that is relevant and resonates really well with our audience."

When NASA gave its space probes their own Twitter accounts, the public loved it.

"Suddenly it was 'Go, buddy, go! You can do it! We're rooting for you!'" said Stephanie Smith, social media lead at NASA's Jet Propulsion Laboratory in Pasadena, California. "There was a lot more personal connection with the mission."

Now lots of NASA space probes put their own spin on their journeys. NASA's Curiosity rover shares new views of Mars and posts selfies. It even sings "Happy Birthday" to itself every year. 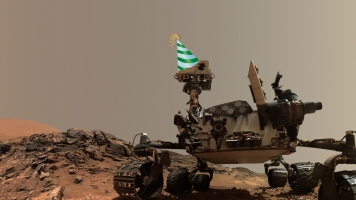 NASA's OSIRIS-REx spacecraft has shown us what it's seen on its journey to an asteroid.

Some space bots even have a bit of attitude.

"Juno is named for the goddess Juno, who could see through all of the god Jupiter's shenanigans," Smith said. "There's a fierceness to that account, almost like Beyoncé in space."

And when a mission is ending, these spacecraft say goodbye. China's Yutu spacecraft sent a farewell message before engineers shut it off.

And the European Space Agency shared a teary cartoon of its probe as the Rosetta mission wrapped up. People took to social media to say their goodbyes to the spacecraft and share their remorse.

This emotional attachment stems from how we anthropomorphize inanimate objects — or treat nonhuman things like humans. And the more humanlike an object is, the more likely we are to treat it as human.

"It is something humans want to do, particularly when something looks like it has a face," Smith said. "The natural human reaction is to anthropomorphize it, to treat it like another human."

But some researchers are concerned our emotional connection to inanimate objects could affect how we use them — especially when things go wrong.

Yutu's goodbye was so sad the entire internet mourned the rover, and the media pronounced it "dead." "The Daily Show" even spoofed the farewell message to lift people's spirits.

And as NASA's Cassini spacecraft prepares for its "grand finale" — a crash landing on Saturn — people on Twitter have shared their appreciation and said their farewells. 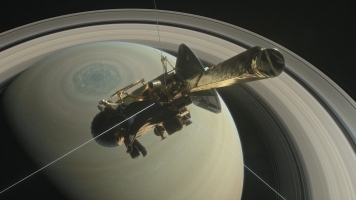 NASA's Cassini Probe Goes Where No Spacecraft Has Gone Before

The concern is we might not be so eager to launch another spacecraft if we know it'll eventually be lost to space. But Smith says she thinks the emotional attachment does more good than harm.

"On the contrary, I think forming more emotional bonds with a spacecraft makes it easier to root for them," Smith said. "You root for things, and you pull for things that you love."

"The public is not going to be in control of spacecraft operations," she added. "Not that the teams are dispassionate; they love their explorers. But they know full well that they are not people and that they are robots. They are tools there to do a job."

So, it's probably not a bad thing we give these probes a human side. It can get people interested in exploring space — even if it does make it harder to say goodbye.