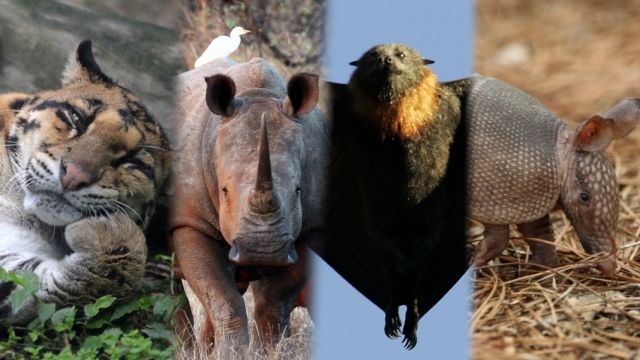 The list includes rhinos, chimpanzees, armadillos and even bats.

According to a recent report, 301 species are at risk of being hunted into extinction — mainly for human consumption.

Rhinos, chimpanzees, armadillos, bears and even bats are just some of the animals at risk.

Aside from eating them, humans are also killing the animals for their medicinal value and destroying their habitats with urbanization, pollution and climate change.

SEE MORE: More Animals Are Getting Legal Protection. Now For The Bad News

Humans have hunted wild animals for centuries, but the trade has become a big problem for the environment as a whole.

The study's authors called the situation a "global crisis" that could change the ecosystems in these areas forever and cause a collapse in food security for millions of people.

And the scale of the issue is massive. The researchers found about $200 million worth of meat is butchered each year in the Brazilian Amazon alone.

The study was the first global assessment of mammal hunting.

There's no simple solution, but experts say increasing the legal protection of wild animals, providing alternative foods and changing international policy would help save at least some of these mammals from extinction.