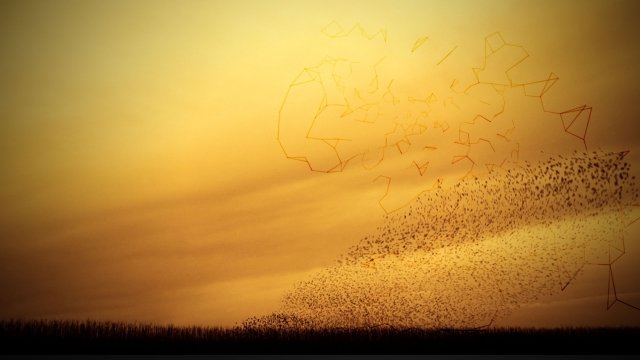 One of the most stunning displays in the natural world is a murmuration. Seen up close, the movements of starlings appear chaotic and disjointed. But step back and you see beautiful order — form and function. Patterns emerge from the noise. Individual members act as one. So is the case with the human genome.

"The beauty of humans is that we're complex," says Dr. Tracy Glauser, director of the Comprehensive Epilepsy Center and co-director of the Genetic Pharmacology Service at Cincinnati Children's. "No one person is the same as any other, and that is really reflected when you're trying to do science. Although we say we're studying a disease, we're really studying individual people within a disease."

Dr. Philip Reilly, venture partner at Third Rock Ventures, says, "It would be a lie to say that genetics is not complicated. It is, but we're beginning to find areas where we know enough that we can find situations where we can take action to avert or ameliorate disease." 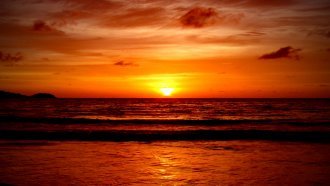 DNA's four key building blocks (A, C, T and G for short) are found in every cell of our bodies. The information within those building blocks plays a key role in the orchestration of life's processes in ways medical science is only just beginning to understand.

"The most challenging data right now, in terms of its size, is genomic data," Dr. Peter White, director of biomedical informatics at Cincinnati Children's, says. "That genomic data at its essence is just four letters, but each person has 3 billion of these letters. When you spread that out, it's a lot of data, and it overwhelms us, so we need better ways to use that information to find more insights."

Collecting and analyzing all of this genetic data is known as biomedical informatics.

"You hear of methods like machine learning and artificial intelligence. The new buzzword now is deep learning," White says. "These are all computer science techniques that can look at different types of data and find patterns and associations that make sense. We're kind of reducing the complexity of the problem."

Making sense of all of this data requires massive amounts of computing power and creative ways of looking at it. Billions of data points are translated into visual tools such as network association diagrams and heatmaps. From these tools, overlaps and patterns begin to emerge, which help direct researchers to key discoveries.

"The data that is generated is so huge, it's difficult for any individual group to keep up-to-date," Dr. Anil Goud Jegga of Cincinnati Children's Division of Biomedical Informatics says. "Here, for example, is an elliptical known as a gene. These are the different functions, or what they do in the body. So others are using it; not just us from India, China, U.K. but everywhere."

Thanks to a number of advances in technology, pooling this data will help forge new paths of discovery related to the genetic causes of disease.

"It's really quite amazing. The improvements in the communication industry have really propelled science forward," says Dr. Margaret Hostetter, director of the Children's Hospital Research Foundation and chief medical officer at Cincinnati Children’s Collaboration. "it's the name of the game."

"Throughout the world, to really see the genomic variability and understand its impact on disease, requires larger groups of patients working with larger groups of researchers getting larger data sets together," Glauser says.

One path to discovery these researchers are taking relies on the power of numbers.

"Many of the diseases we see at children's hospitals are very rare, so we don't have enough patients to really study them very effectively," White says.

Sequencing and analyzing the genomes of large populations requires unprecedented collaboration, so leaders from the nation's top children's hospitals formed a completely new kind of partnership.

"It became very obvious that one institution would never have enough children in any one particular disease to really understand the genetics of a disease or genetic therapies for a disease," Glauser says. "Therefore, a couple of years ago, Boston Children's Hospital, Children's Hospital of Philadelphia, and Cincinnati Children's decided to try to pool their efforts together and create what we call the Genomics Research and Innovation Network."

"GRIN represents this incredible effort to break down the barriers across three institutions that are working toward the same goals under the same mission: to improve the health of children at a much greater pace," Dr. Kenneth Mandl, director of the computational health informatics program at Boston Children's Hospital, says.

"And we've gotten researchers across these different places to start working with each other and they're sharing data in ways we've never really seen before. It's really been terrific," White says.

"Our vision: Can we share all the data that we have across thousands of rare disorders that we see?" White says.

"How can we take the health care system and use it to learn and accelerate discoveries, accelerate care improvements, make lives better for all of our patients?" Mandl says.

"Patients are really participants; they're co-producing solutions with us," White says.

"So these efficiencies, and these alignments, create a resource unique in pediatrics," Mandl says.

This work will help doctors diagnose and treat conditions earlier in childhood and even use an individual's genes to more accurately prescribe medicine. Ultimately, we can improve the lives of children through the power of numbers found deep within humanity's code.

"That's what we as pediatricians want to see," Hostetter says. "We want to see those incredible turns of events so that children are living longer and healthier lives. They're our most important citizens."