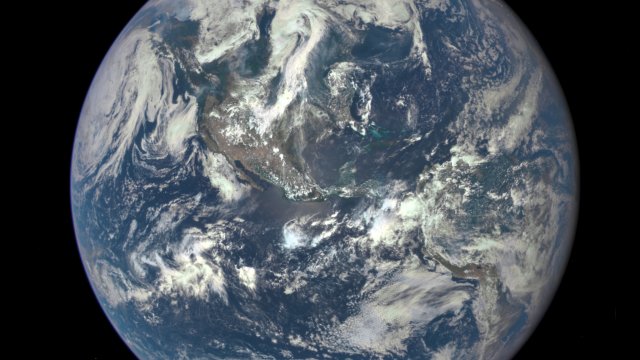 According to the Global Footprint Network, this year, the world consumed a year's worth of resources by July 29.

It's been a little more than 200 days since the start of 2019. And humanity has already burned through all the resources the Earth is capable of generating in one year.

It's called Earth Overshoot Day. According to the Global Footprint Network, this year, the world consumed a year's worth of resources — including water, land, fish and forests — by July 29.

The independent think tank says that means humans are using up Earth's resources 1.75 times faster than nature can replenish them. So we would need 1.75 Earths to handle what we're using up.

And as time goes on, the event has been falling earlier and earlier on the calendar. Ten years ago, Earth Overshoot Day fell on Aug. 18. Twenty years ago, it was Sept. 29. And thirty years back, it was Oct. 11.

As the CEO and founder of the Global Footprint Network told the Huffington Post: "It's a pyramid scheme. It depends on using more and more from the future to pay for the present."

But the organization believes it's possible to change this trend — if the world takes action to conserve resources and reduce carbon dioxide emissions. Its #MoveTheDate campaign says, if we can move Earth Overshoot Day back by five days each year, that would allow humanity to reach one-planet compatibility before 2050.