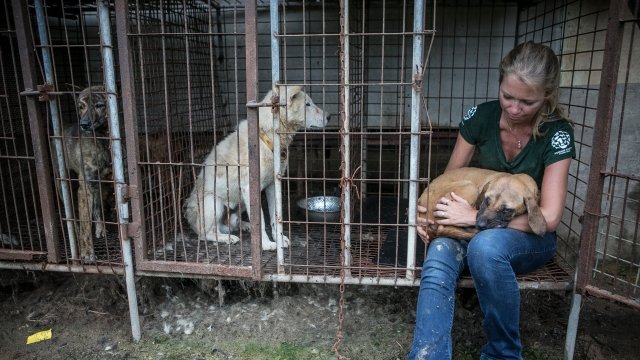 SMS
Over 140 Dogs Were Rescued From A Meat Farm In South Korea
By Lindsey Pulse
By Lindsey Pulse
July 19, 2017
Humane Society International helped shut down the farm just before a yearly event that traditionally features dog meat soup.
SHOW TRANSCRIPT

Humane Society International has recovered 149 dogs and puppies that were going to be eaten during South Korea's Bok Nal days.

Bok Nal days mark South Korea's three hottest days of summer, according to the lunar calendar. As part of the tradition, dog meat is used to make a soup that is believed to cool the blood down.

Cats can also be included.

South Korea's government doesn't keep records of how many dogs are killed each year during Bok Nal days, but animal rights groups estimate it's over a million. 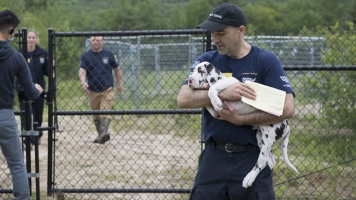 Humane Society International has permanently closed nine dog meat farms in South Korea since 2014. The group says the owner of this farm contacted them asking for help shutting it down.

The dog meat trade is becoming less popular in South Korea and other Asian countries.

South Korea's three Bok Nal days are in July and August. Humane Society International says it's trying to get the government to end the dog meat industry as a whole.

The 149 rescued dogs will be brought to animal shelters in the United States.