Human Influence Has Reached Almost Every Remote Corner Of The Ocean 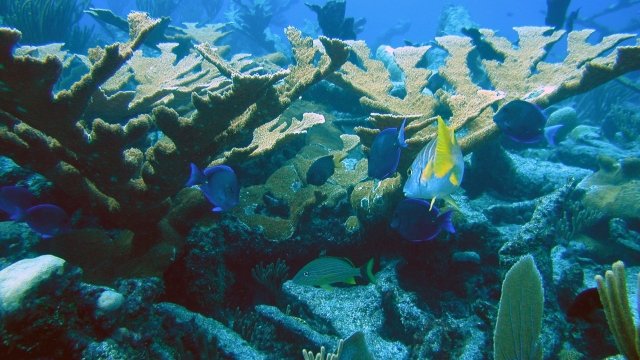 SMS
Human Influence Has Reached Almost Every Remote Corner Of The Ocean
By Evan Thomas
By Evan Thomas
July 26, 2018
Only 13 percent of the global ocean is still pristine wilderness. The rest shows some effects from shipping, fishing or pollution.
SHOW TRANSCRIPT

New research shows human influence has spread to most of the ocean — even the parts no one has ever traveled to.

A study in the journal Current Biology measured man-made impacts across all of the world's oceans. It focused on the effects of things like international shipping, the fishing industry and agricultural runoff — but it didn't include the overwhelming effects of climate change, which would have skewed the numbers.

Researchers found that even under these more generous conditions, only 13 percent of the entire ocean still qualifies as pristine wilderness. Most of these areas are in polar oceans, or remote waters in the Southern Hemisphere.

Almost all of the rest has seen some kind of human influence. But we haven't made all of these changes directly. In fact, scientists estimate that for all of our activity on the oceans, we have only ever directly observed about 20 percent of their total area.

Instead, this research adds to the evidence that humans can change what goes on in the ocean even if they're not close by. Trashed fishing lines are showing up on deep reefs where no one has dived before. There's plastic frozen in Arctic ice that most of our ships can't even get to. And as the researchers point out, this doesn't even get into the planet-wide effects of climate change. 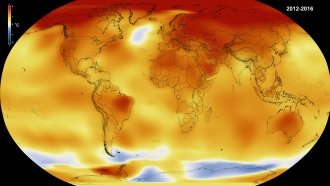 The good news is we can still help the oceans by changing the things we do have direct influence over. Researchers say one of the best steps forward is to legally protect more marine areas, including the remaining wilderness hotspots.

A truly wild ocean supports more species of sea animals and plants. It's more likely to be able to adapt to future climate changes. And the more protected an area is, the better it helps us understand how the rest of the oceans are changing here and now.