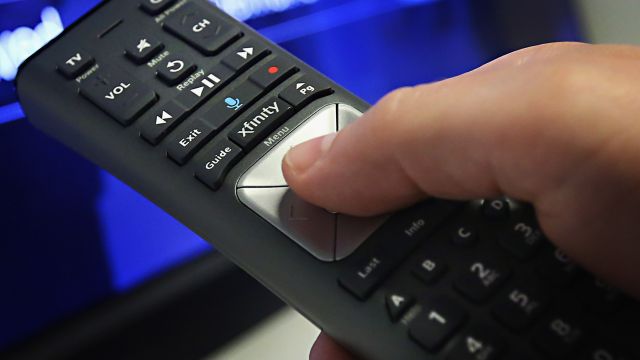 SMS
Hulu's New Service Might Be The Nail In The Coffin For Cable
By Katie Link
By Katie Link
May 2, 2016
Hulu's new service is expected to have several popular channels, including Fox, ABC and ESPN.
SHOW TRANSCRIPT

Cable TV may soon have some new competition: Hulu.

According to The Wall Street Journal, the streaming giant is developing a new service to connect subscribers to the live feeds of broadcast and cable TV channels.

The unnamed service is expected to include a number of popular channels, including Fox, ABC and ESPN — being co-owned by Walt Disney and 21st Century Fox definitely has its perks.

Comcast is another partial owner of Hulu, but so far it's unclear if its NBC channels will be a part of the new service.

The Wall Street Journal predicts the new service will also include a way to record shows and watch previous episodes on-demand.

Right now, basic Hulu subscriptions go for $7.99 a month — analysts expect the new bundle will have a much bigger price tag at $40 a month.

If you've already cut the cord, you know $40 a month isn’t unreasonable for a bundle like this. Sony’s PlayStation Vue bundles cost $30 to $45 a month, while Sling TV’s basic package of 19 channels rings in at $20 a month.

But Hulu’s new service will likely standout from the others. As The Verge points out, "Hulu has a lot more name recognition than the relatively new PlayStation Vue — and even SlingTV for that matter."

The new service is expected to roll out during the first quarter of 2017.