Hugging It Out Could Help You Ward Off A Cold 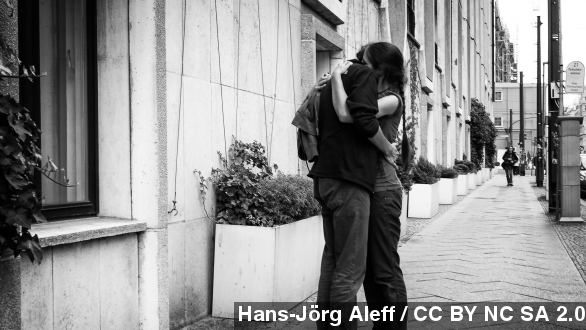 Who doesn't love a good hug?

It all comes down to social support. No surprise here: people who receive a lot of hugs generally have a lot of people around supporting them. And that helps lower stress and ward off stress-related illnesses.

Researchers say they chose to study how hugs affected people because hugs are usually signs of having close relationships with someone else.

As one of the researchers put it, "We know that people experiencing ongoing conflicts with others are less able to fight off cold viruses. We also know that people who report having social support are partly protected from the effects of stress on psychological states, such as depression and anxiety."

Here's how they figured that out. Researchers gathered information from just over 400 healthy adults and intentionally exposed them to a common cold virus.

Results showed those who received lots of hugs and social support had a reduced risk of infection and experienced less severe symptoms if infected.

This is not an entirely new concept. Science has already proven how beneficial having a good support system is to health.

"We've seen it with people who've had wounds, people who have had surgery. If you have good friends and family around you, you actually heal quicker," said Dr. Seema Yasmin.

Research has shown social support might even affect genetic weaknesses to illnesses. So, bring on the snuggles!