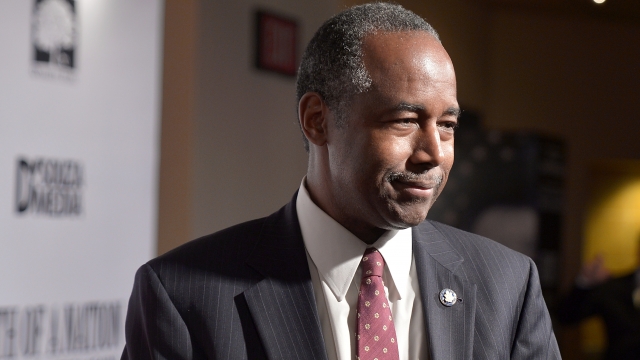 SMS
HUD Secretary Ben Carson Planning To Leave After Trump's First Term
By Caitlin Baldwin
By Caitlin Baldwin
March 5, 2019
In an interview with Newsmax TV, Carson said he'll finish out his term but "likely" won't return after that.
SHOW TRANSCRIPT

In an interview with Newsmax TV Monday, Carson said he'll finish out his term but "likely" won't return after that.

Carson — a retired neurosurgeon — unsuccessfully ran for president in 2016. He was added to President Trump's cabinet even though he had no background in housing policy or government.

Carson has faced some criticism during his time as HUD secretary. He compared slaves to immigrants during his first speech to employees as secretary in March 2017. A year later, he was investigated by the House Oversight and Government Reform Committee for allegedly spending tens of thousands of dollars on furniture to redecorate his office. And Carson was questioned for ethics violations after his son set up a "listening tour" with potential business associates.

It's unclear what Carson plans to do after his term ends. He told Newsmax TV he "would be interested in returning to the private sector."