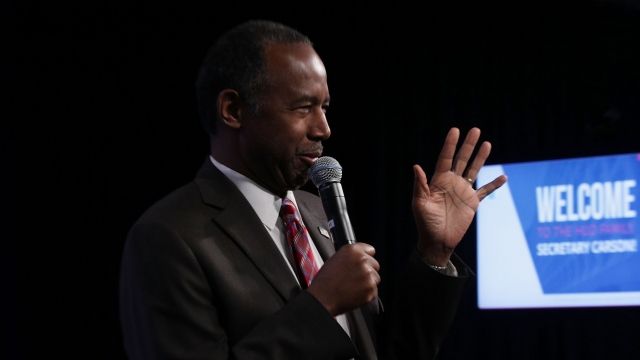 SMS
Ben Carson Compares Slaves To Immigrants Seeking A Better Life
By Ethan Weston
By Ethan Weston
March 6, 2017
The new HUD secretary has also used slavery as a touchstone in the past.
SHOW TRANSCRIPT

Housing and Urban Development Secretary Ben Carson compared slaves to immigrants while making a speech to his employees Monday.

"There were other immigrants who came here in the bottom of slave ships — worked even longer, even harder, for less," Carson said.

Carson was talking about America as a "land of dreams and opportunity." He went on to say that, like immigrants, slaves dreamed of better lives for their families in this country.

The new secretary has been known to use slavery as a touchstone. In the past, he's compared both Obamacare and abortion to slavery. 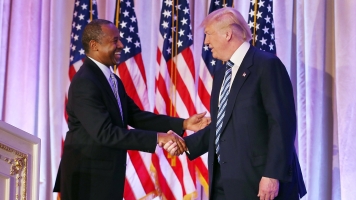 In the case of Obamacare, he said the program was the worst thing to happen to America "since slavery." And he compared women who get abortions to slave owners.

The Senate approved Carson to lead the Department of Housing and Urban Development last Thursday. This was his first speech to his new employees.