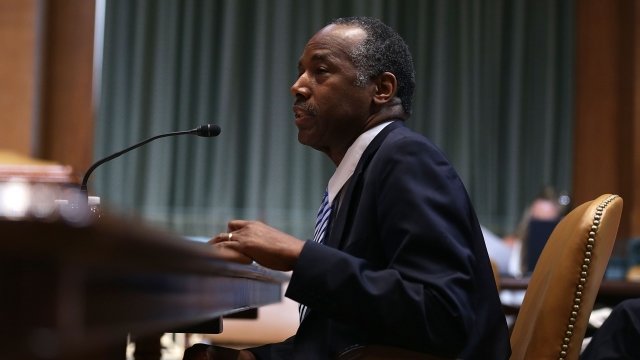 SMS
HUD Cancels Pricey Dining Set Meant For Carson's Office
By Katherine Biek
By Katherine Biek
March 2, 2018
The agency originally purchased the $31,561 dining set without a congressional signoff, which is required for a redecoration that expensive.
SHOW TRANSCRIPT

The owner of the interior design company that made the sale told CNN it had been canceled and that the agency wouldn't be paying for anything.

The cancellation comes after Rep. Trey Gowdy signaled the House Oversight and Government Reform Committee planned to review Carson's office upgrade as well as the agency's handling of a whistleblower. 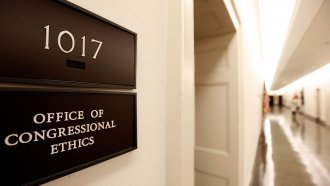 Part of the problem stemmed from the agency purchasing the $31,561 dining set without a congressional signoff, which is required for furnishing and decorations that cost more than $5,000.

The dining set was reportedly purchased after an agency staffer filed an official complaint, claiming she was demoted and reassigned in retaliation for not helping Carson's wife get around the $5,000 legal limit.

An agency spokesperson originally said Carson didn't plan to return the dining set. But on Thursday, the agency said the secretary had changed his mind and wanted the order canceled.