HUD: 55,000 Kids Could Be Displaced Under Trump Immigration Rule 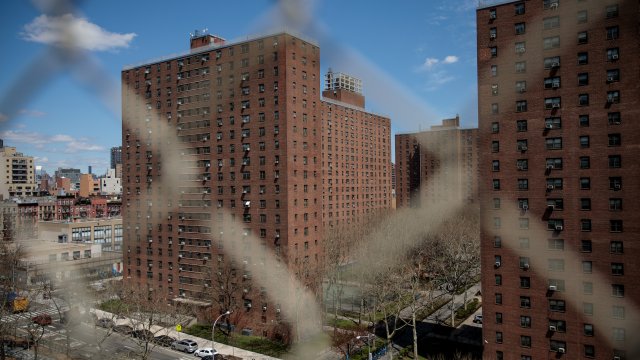 The Trump administration's plan to evict undocumented immigrants from public housing could displace tens of thousands of children who are legal U.S. residents or citizens.

According to The Washington Post, a review by the Department of Housing and Urban Development found the proposed rule could remove an estimated 108,000 people — including 55,000 children — from their homes.

Right now, undocumented immigrants can't receive federal housing subsidies. There are exceptions for families with mixed immigration status, like those with a child who was born in the U.S.

But the proposal, which was published in the Federal Register Friday, would change that. Every member of a household would need to be of "eligible immigration status" to qualify for subsidies.

Last month, HUD Secretary Ben Carson said the new rule is necessary to "make certain our scarce public resources help those who are legally entitled to it."

But housing experts aren't so sure. The president and CEO of the National Low Income Housing Coalition called the proposal "cruel," saying it would "break up families and destabilize communities, while doing little to shorten waiting lists."