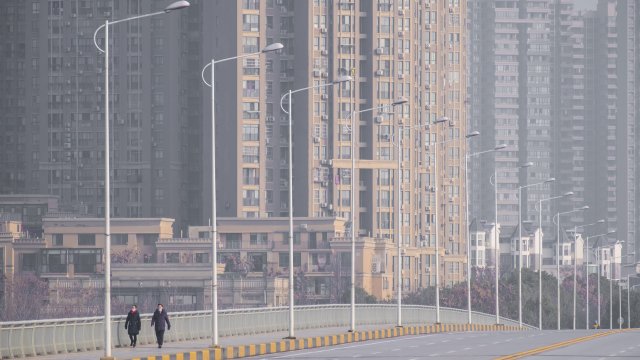 Chinese officials announced there were eight new confirmed cases of the coronavirus in Hubei province on Wednesday. That's the first single-digit daily total for the province since the coronavirus pandemic started.

The Chinese government said there were 15 new cases nationwide on Wednesday.

The province has been locked down since the end of January. Local leaders announced Thursday it would loosen some travel restrictions and allow some businesses to get back to work. China's president, Xi Jinping, recently visited the city of Wuhan, the epicenter of the pandemic, in a show of confidence in recovery efforts.

As the coronavirus spreads around the world, some countries have taken measures to try to slow down the virus. Italy, for instance, implemented a nationwide lockdown.

But the effectiveness of a lockdown, and its timing, has been questioned. And U.S. national security adviser Robert O'Brien said China was slow to respond when it initially dismissed the coronavirus as "misinformation."

"Had a WHO team been on the ground, had a CDC team which we'd offered been on the ground, I think we could've dramatically curtailed what happened both in China and what's now happening across the world," O'Brien told an audience at the Heritage Foundation.

A study from the American Association for the Advancement of Science found travel restrictions only delayed the spread by three to five days. It also said the lockdown had helped the international spread by a matter weeks, but questioned the long-term effectiveness of the measure.

The WHO praised the Chinese government's response. The head of the organization said, "If it weren't for China's efforts, the number of cases outside China would have been very much higher."