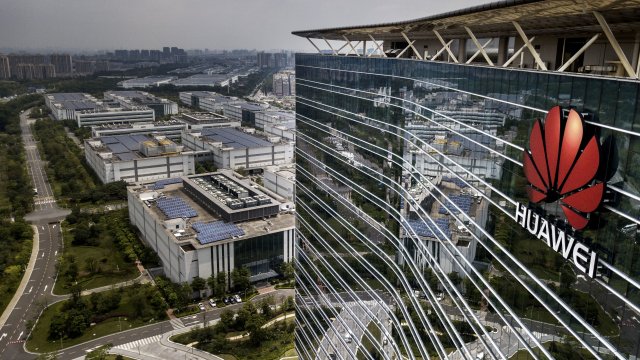 SMS
Huawei Says US Actions Will Cost It $30B In Revenue Over Two Years
By Katherine Biek
By Katherine Biek
June 17, 2019
Huawei's founder pointed the finger at U.S. government-led backlash against the firm.
SHOW TRANSCRIPT

Chinese tech giant Huawei expects to make about $30 billion less in revenue over the next two years than previously forecast.

That's according to Huawei's founder and CEO, who said Monday that the company has already seen international sales of its smartphones decrease 40% in the last month.

According to the Associated Press, he blamed U.S. government-led backlash against the firm, saying, "We never thought that the U.S.'s determination to attack Huawei would be so strong." The U.S. has long believed Huawei devices pose a national security threat.

Huawei is currently suing the U.S. government over a ban prohibiting federal agencies or their contractors from purchasing or using its products. The tech company argues the ban is unconstitutional.

The Trump administration also placed Huawei on a trade blacklist that will restrict U.S. companies from selling components to the tech giant without first getting government approval.

Huawei has repeatedly denied that its products pose a national security threat.

It was previously forecast to pull in $125 billion in revenue in 2019.