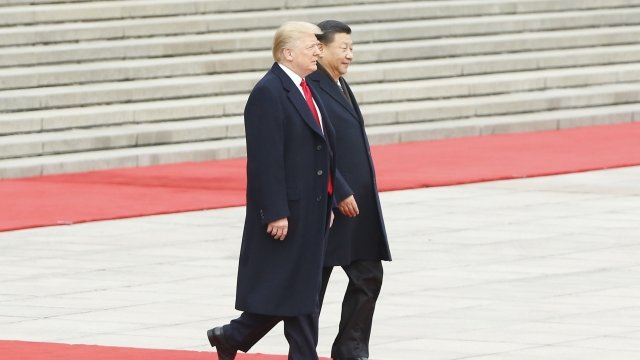 Huawei's chief financial officer is facing extradition to the U.S. after she was arrested in Canada over the weekend.

Meng's arrest comes at a critical time for U.S.-China relations. After implementing tariffs on hundreds of billions of dollars of each other's goods earlier this year, President Donald Trump and Chinese President Xi Jinping only just agreed to a short-term trade truce less than a week ago.

A former CIA China analyst told Bloomberg Meng's arrest "will definitely complicate the negotiations" — although China has since announced it will "immediately implement" measures it's already agreed to under that trade truce.

As of early Thursday morning, the U.S. Justice Department has yet to comment on Meng's arrest, while China's demanded she be released. Beyond being CFO, Meng also is the deputy chairwoman of Huawei's board and the daughter of its founder.