Amid China's Threats, Charges Against Huawei CFO Revealed In Canada 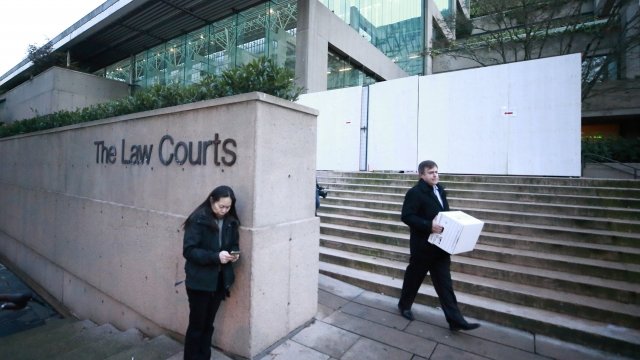 Canadian prosecutors have revealed the CFO of Huawei has been charged with fraud, following her arrest there earlier this month.

Prosecutors allege Meng Wanzhou played a role in covering up the Chinese tech giant's dealings with Iran in violation of U.S. sanctions. Meng now faces extradition to the U.S. where she could face up to 30 years in prison if convicted.

According to Reuters, China threatened "severe consequences" for Canada on Saturday if it did not release Meng immediately.

Meng's arrest comes at a critical time for U.S.-China relations. After implementing tariffs on hundreds of billions of dollars of each other's goods earlier this year, President Donald Trump and Chinese President Xi Jinping recently agreed to a short-term trade truce.

A former CIA analyst told Bloomberg Meng's arrest "will definitely complicate the negotiations" — although China has since announced it will "immediately implement" measures it's already agreed to under that trade truce.