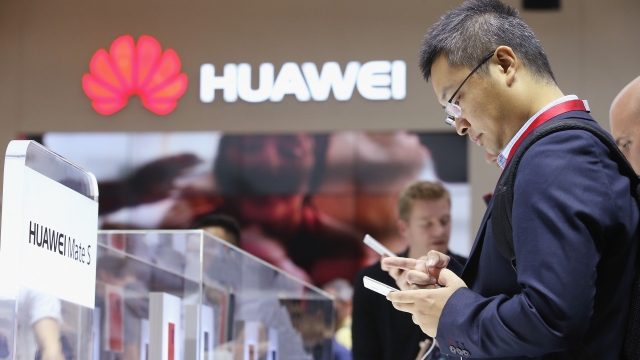 SMS
Huawei Accelerates Lawsuit Over US Product Ban
By Katherine Biek
By Katherine Biek
May 29, 2019
The Chinese tech giant announced Wednesday it filed a motion for summary judgment in the lawsuit.
SHOW TRANSCRIPT

Chinese tech giant Huawei is trying to accelerate its lawsuit against the U.S. government over a ban prohibiting federal agencies from purchasing or using its products.

Huawei's chief legal counsel announced Wednesday that the company filed a motion for summary judgment in the lawsuit. This move comes almost three months after Huawei filed its original claim in a court in Texas, where its American headquarters are located.

The U.S.'s ban on government agencies or their contractors using Huawei equipment or services is a provision tucked into the National Defense Authorization Act, which President Donald Trump signed into law last year.

The U.S. has long believed Huawei devices pose a national security threat, and it's even pressured its allies to move away from working with the tech giant.

Huawei's lawsuit argues the U.S. product ban is unconstitutional, saying it unfairly singles out the company for punishment, that it violates Huawei's right to due process, and that it violates the separation of powers between Congress and the other branches of the U.S. government.